Connect with us today to learn more about payment options

Custom facelift options for a busy lifestyle in Nashville and Memphis 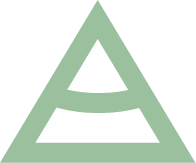 What is Facelift Surgery?

A facelift surgery, or rhytidectomy, is a surgical procedure that improves signs of aging, such as sagging skin, deep nasal folds, developing jowls, and excess fat and skin around the neck and chin. It is often combined with a brow lift or eyelid surgery to rejuvenate the eyes. You will achieve the best facelift results if your plastic surgeon supplements the surgery with a minimally-invasive treatment, such as radio frequency assisted lipolysis to remove fat and tighten the skin.

We offer facelift surgery to Tennessee patients at our cosmetic surgery centers in Nashville and Memphis, each led by a board-certified plastic surgeon with over 25 years of experience. Whether you are looking for a nonsurgical facelift, full facelift, mini lift, neck lift, eyelid surgery, or brow lift, we encourage you to meet with our plastic surgeon to discuss your options. Simply select a date from our Nashville or Memphis calendar to self-schedule your consultation!

What can I expect?

In a personal consultation with our plastic surgeon, we will help you design a facelift procedure that is right for you. For instance, you might combine a round of minimally-invasive FaceTite to tighten your neck and jawline with a surgical lift to the cheeks and eyelids. You can also add in a non-invasive treatment like microneedling or injectable fillers. On the day of your procedure, you will receive a local anesthetic combined with IV sedation to ensure maximum comfort during the procedure and a fast recovery afterwards.

Facelift surgery takes approximately 2 hours. Wound healing will take between 3 to 5 days. As with any facial procedure, the “social recovery” varies from patient to patient depending on swelling and bruising.

Each patient is unique. Our plastic surgeon will meet with you in a consultation to develop a personalized treatment plan.

Is a facelift right for me?

Having a facelift is a very personal decision, and you’ll want to be in good hands. Both our board-certified plastic surgeons, Dr. John Rosdeutscher and Dr. Mark Peters, have many years of experience performing facelifts. They understand that you’ll want natural, subtle results to refresh your face. Our facelifts today are nothing like the “fake” look you might associate with celebrity facelifts of yesteryear! A few factors to consider:

To see the work we’ve done with previous patients, click the button below. A couple things to keep in mind: Results may vary from person to person and are not guaranteed, plus, there’s going to be some nudity.

See the before & afters

Schedule a consultation with our plastic surgeon to find a procedure that achieves your goals.

A classic facelift requires surgical incisions and sutures – the most invasive form of a cosmetic procedure. However, new technologies like radio frequency assisted lipolysis (RFAL) allow non-surgical facelifts via skin contraction. In reality, most facelifts performed by our plastic surgeons are a combination of both surgical and non-surgical techniques. Every patient is unique, and after a personal consultation we make sure to put together a procedure plan that best fits your needs. Our goal is to ensure that you achieve the desired results while keeping your recovery time to a minimum. The less invasive the procedure, the faster your recovery. By using local anesthesia and IV sedation only as needed we help you avoid a longer recovery.

A facelift at NuBody Concepts starts at $8,500. This is an all-inclusive cost with no hidden fees such as anesthesia or surgeon costs added on later. Your individual price quote will depend on the combination of techniques best suited to achieve the outcome you desire, as determined in a personal consultation with the plastic surgeon. Read all about how to break down the cost of a facelift.

As mentioned above, skin tightening using RFAL is a less-invasive alternative to a surgical facelift and can achieve results close to surgery. However, there are even less-invasive alternatives to a facelift for patients who are seeking facial rejuvenation, such as the injection of wrinkle reducers or dermal fillers. Read all about the full range of rejuvenation options for face and neck.

A mini facelift is a less invasive technique that allows your surgeon to  tighten your deep facial tissues through smaller incisions. It is often advised for younger patients with only mild symptoms of sagging. Older patients with more advanced signs of aging around the mid-face and neck typically benefit the most from a standard or full facelift. Read all about facelift (and neck lift) types.

Yes. FaceTite is the brand-name of inMode’s RAFL skin tightening technology when applied to the face. Another similar technology is Renuvion. Both methods achieve skin contraction via the application of targeted bursts of radio frequency energy. They are particularly effective on the neck and lower face. Read all about FaceTite and Renuvion skin tightening.

Typically, a facelift is defined as a procedure that lifts the lower face and/or neck. Other procedures such as eyelid surgery (to tighten the skin of the lower or upper eyelids), brow lifts (to raise and/or arch the eyebrows or eliminate a hooded upper eyelid) and forehead lifts (to tighten the skin and help raise the brows) can easily be combined with a facelift to give your face an overall more youthful appearance. But they are not automatically part of what we call a facelift and are priced separately. Read this 3-part series about eyelid surgery combined with a brow lift.

No. As needed, our surgeons perform all procedures under local anesthesia combined with IV sedation to ensure your comfort throughout. This eliminates the potential risks associated with general anesthesia and also considerably speeds up your recovery. Also read about PRO-NOX patient-controlled pain management as an add-on to minimally-invasive procedures.

After a facelift procedure it is common to experience some bruising and swelling, meaning results will not be visible immediately. Your results will continue to improve for 1-3 weeks after your surgery. On average, patients need 3-7 days before going back to work and/or resuming mild exercise, depending on the invasiveness of the procedure. Strenuous exercise can be resumed after 2 weeks or as advised by your surgeon. If you had stitches placed as a part of your facelift, the incisions – though discreetly placed – will take longer to heal and fade, but can typically be covered with makeup. In short, you will need about 3-7 days before resuming normal and public life. Read our 7 tips for your facelift recovery.

The most dramatic results from a facelift can typically be seen in the neck and jawline. If you have sagging jowls with a lot of excess skin around your jawline, you can expect to see the biggest difference in your side view with a slimmer neck and a gently curved linear jawline. View our Facelift before and after gallery.

Since a facelift turns back the clock to give you a younger appearance, you could argue that the results of a facelift are permanent. Ten years after your facelift, you will likely still look younger than you would have without a facelift. However, you might no longer be satisfied with your look ten years down the road and might opt for another facelift at that time. How effective your facelift is and how fast you age afterwards also depends on other factors such as genetics, skin elasticity, the state of your skin before the facelift, and sun exposure – just to name a few.

As your skin ages, you will initially be able to stave off the effects with a combination of non-invasive treatments – an injectable to erase fine lines and wrinkles, fillers like Juvederm to replace lost volume, and lasers or microneedling to improve skin tone and texture. But once your skin and muscles begin to droop, most easily seen in your jowls, it may be time for a facelift. This can occur at any age from 40-70. In general, facelifts are more effective when performed earlier rather than later, when your skin quality is still good, and when fillers alone can no longer make up for lost volume. Find out whether you are a good candidate for a facelift.

Looking your best with a facelift is attainable! Our prices are all-inclusive – no hidden costs or other surcharges. We offer interest-free payment plans through several medical financing providers. Facelifts start at $8,500 all-inclusive.

Don’t know if you qualify for a payment plan? Click the button below to check your credit score and submit an application for medical financing to get pre-approved.

“My experience was amazing”

Abby's life was greatly impacted by her time with NuBody Concepts.

Both cosmetic surgery teams in Nashville and Memphis are led by board-certified plastic surgeons with over 20 years of experience.

Feel free to call to schedule a consultation, or just ask us any questions you may have. We're here to help.

Let's talk about how we can help.

Use the buttons below to book a time that fits into your schedule.

Select the location nearest you

Got Questions? Give us a call.