Connect with us today to learn more about payment options 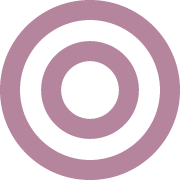 Male and female fat can behave very differently. Our liposuction for men procedure takes this into account, combining tumescent liposuction with the latest in laser and radio frequency technology in a single, minimally-invasive procedure that removes stubborn fat and tightens the skin. NEW: Now with optional PRO-NOX Pain management for added comfort.

Liposuction for men is available in Tennessee at NuBody Concepts in Nashville and Memphis. Each fully-equipped plastic surgery center is led by a board-certified plastic surgeon with over 20 years of experience. Whether you are looking for liposuction or another fat removal method, we encourage you to meet with our plastic surgeon to discuss your options. Simply select a date from our Nashville or Memphis calendar to self-schedule your consultation!

What can I expect?

At NuBody Concepts we apply tumescent liposuction to your treatment areas. The saline solution pulsating through the cannula has two purposes: it numbs the area, and it flushes out the fat cells more gently than traditional liposuction to avoid swelling and bruising. We also offer PRO-NOX Pain Relief to manage your anxiety and discomfort!

Liposuction can last from 2-3 hours depending on the number of treated areas. Patients can resume normal activities as tolerated the next day, and exercise after a week.

Each patient is unique. What your treatment will look like is determined by you and the plastic surgeon who you will meet with in a personal consultation.

Is liposuction right for me?

Liposuction is a proven fat removal solution that works on large and small areas, such as abdomen, back, neck, arms, and thighs. It is also very effective to treat male breast reductions. The NuBody Concepts team has treated almost 10,000 Tennessee patients with liposuction since 2011 at our Nashville and Memphis practices

Among many fat removal options to choose from, liposuction has several key advantages:

To see the work we’ve done with previous patients, click the button below. A couple things to keep in mind: Results may vary from person to person and are not guaranteed, plus, there’s going to be some nudity.

See the before & afters

Schedule a consultation to ask any questions. We’re here to help.

Everyone may have slightly different goals for their liposuction procedure. After many years and thousands of procedures performed, we have put together a list of top reasons why you should consider liposuction.

Liposuction is one of the most effective ways to remove fat less-invasively than surgery (i.e. tummy tuck). There are many different types of liposuction technologies as well as branded terms to thoroughly confuse you. Our plastic surgeon will customize the procedure for you to achieve the best outcomes – typically by combining tumescent liposuction with RFAL skin tightening. Learn all about which type of liposuction you should get.

“Airsculpt” (and “TriSculpt”) is essentially liposuction combined with laser energy under a different name. They are brand names used by a company to suggest that their form of fat removal is more gentle than liposuction. But this is not the case. A cannula is used to get under the skin for AirSculpt the same way as during other forms of liposuction. Furthermore, the laser energy used to achieve skin contraction is outdated. We prefer to use the latest RFAL (see above) skin tightening technology to supplement tumescent liposuction.

While liposuction is a good way to remove belly fat, it works better in some candidates than in others. It depends on your skin elasticity, the amount of fat and excess skin, your goals for your results and your recovery. Read more about best belly fat removal methods.

Lipo 360 refers to the area a patient would like to have treated. If you’d like to have your entire abdomen treated from front to back and all the way around, you’re basically wanting to have Lipo 360. Some cosmetic surgery practices offer this at a special price point, while others charge per area on a decreasing scale, with the option of combining any areas desired. Learn all about Lipo 360.

Good liposuction candidates are near their target weight but have pockets of fat that are resistant to diet and exercise. They are in generally good health and have a BMI of 30 or under. This list of question and answers will help you determine if you’re a good candidate for liposuction.

Liposuction is not a weight loss program. The goal is to remove fat cells, not to lose weight, and candidates should be within 30 lbs of their target weight. Liposuction results are best measured in a waistline or pant size reduction. If you are interested in weight loss, learn about the Orbera Gastric Balloon.

Liposuction requires the insertion of a tiny cannula under your skin, through which a water/saline solution is flushed through the tissue to break down the fat cells. To insert this cannula, your plastic surgeon makes several incisions in your skin. These incisions are very small and generally do not require sutures (though some surgeons may place a stitch as needed). They typically do not leave any permanent scars.

The movement of the cannula under your skin can cause slight discomfort. Depending on your needs and preference, pain relief can be provided anywhere from light to heavy sedation, or no sedation at all. We also offer the patient-administered PRO-NOX pain management system as an optional add-on to liposuction procedures.

We generally advise patients to wait 1-2 weeks before resuming strenuous exercise. However, you’ll be able to return to your day-to-day activities as tolerated 1-2 days after the procedure. Learn all about liposuction recovery.

Bruising and swelling are typical side effect of liposuction. How much of it you experience in the days after your procedure depends on your body. Our customized procedure typically causes only minor bruising and swelling, because the use of water instead of physical force keeps any disruption of tissue to a minimum. Learn all about the side effects and risks of liposuction.

Surprisingly, many patients find this easier than it seems. While the promise of a slimmer figure is often not enough motivation to try to achieve it with diet and exercise, the reality of a slimmer figure that you can admire every day is a powerful motivator. Nevertheless, we have some tips for you. Read our tips on how to keep the weight off after liposuction.

No. Your liposuction at NuBody Concepts is done while you are awake and comfortable. Any discomfort will be alleviated with local anesthesia and IV sedation as needed. Your recovery is typically fast, allowing you to resume most day to day activities after 24 hours.

Yes. Liposuction does not interfere with your future ability to have children. Also, the fat that is removed with liposuction will not come back to the treated area(s) even if you become pregnant.

There are two key differences:

a) Men and women often have different types of fat. Men tend to more often have so-called visceral fat, which lies under the muscle and cannot be removed with liposuction. Which type of fat you have is easily determined by the plastic surgeon in your personal consultation.

b) Liposuction is an excellent procedure for male breast reductions, especially when radio frequency assisted liposuction is added on. You may not need a surgical reduction with a longer recovery if your fat can be removed and your skin tightened with liposuction. Again, what works best for you is easily determined in a personal consultation.

How Much Does Male Liposuction Cost?

Liposuction starts at $3,600 for one area, with additional areas offered at a discounted schedule. Please view our lipo cost chart for more detail. Our prices are all-inclusive – no hidden fees. We also offer interest-free payment plans through several medical financing providers.

Don’t know if you qualify for a payment plan? Click the button below to check your credit score and submit an application for medical financing to get pre-approved.

Additional Information about Liposuction for Men

Liposuction for men and gynecomastia treatments vary in availability and technique. Different methods are utilized depending on the shape of the body, the fat deposit locations, and the desired results of each patient. Prior to your surgery, you can schedule a consultation with one of our board-certified plastic surgeons to discuss all of your options.

Below are a few techniques that may be offered:

Ultrasound-Assisted Liposuction: Ultrasound or ultrasonic lipo uses a small tube (cannula) that is energized via ultrasound. This often melts the fat away on contact. The vibrations break down the walls of the fat cells and emulsify the fat, which makes it easier to suction out. This method is great for fibrous areas (such as the back or male breast) or areas that have been treated with lipo before.

Tumescent Liposuction: Tumescent liposuction utilizes a combination of saline solution with local anesthesia (lidocaine) and a vessel-constrictor (epinephrine) to prepare the targeted area for suction. These three solutions are pumped just below the skin. The fat is then suctioned out through small suction tubes. Tumescent is one of the most popular lipo techniques.

Laser-Assisted Liposuction: Laser lipo is similar to tumescent and ultrasonic lipo. This procedure uses tumescent fluid and a small tube to deliver laser energy through a small incision to emulsify the fat underneath the skin. Laser lipo (aka SmartLipo) is less invasive and causes less trauma than many other traditional liposuction methods.

Is There a Difference Between Male and Female Liposuction?

For men, the most common areas treated are the love handles, lower abdomen, and the upper arms. In some cases, men may receive liposuction during a breast reduction procedure when being treated for gynecomastia. It is also not uncommon for some men to target the neck, thighs, chest, and chin.

While the procedure itself is the same no matter who is being treated, there is a difference between males and females regarding the fat itself. Men have a higher occurrence of so-called visceral fat, which cannot easily be removed with liposuction alone. Females tend to have higher amounts of subcutaneous fat, which is easily targeted with liposuction. It is important to let your plastic surgeon determine if your fat is visceral or subcutaneous before selecting liposuction.

Again, the procedures themselves do not change based on gender. The anatomy of the patient will be the main consideration during operation. The recovery times, risks, and benefits are unchanged.

The best candidates for a male liposuction procedure are those who are in reasonably good shape but may have stubborn areas of fat that have not responded to traditional weight loss methods via diet and exercise. Liposuction surgery seeks to resolve areas where fat has localized, leaving patients to experience low self-esteem due to a disproportionate appearance. These areas can be spot-treated to help patients achieve the best physique and aesthetic appearance possible with liposuction surgery.

"My experience was amazing"

Abby's life was greatly impacted by her time with NuBody Concepts.

Both cosmetic surgery teams in Nashville and Memphis are led by board-certified plastic surgeons with over 20 years of experience.

Feel free to call to schedule a consultation, or just ask us any questions you may have. We're here to help.

Let's talk about how we can help.

Use the buttons below to book a time that fits into your schedule.

Select the location nearest you

Got Questions? Give us a call.